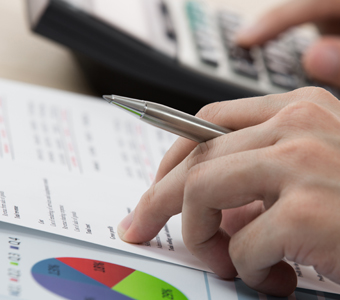 Alexandre (Sandro) Rosell, the new president of Futbol Club Barcelona (FCB), took office on July 1, 2010, one day after the previous board and its president, Joan Laporta, had presented the club's financial reports for the 2009/10 season, which covered July 1, 2009 to June 30, 2010. A few weeks after the annual accounts report was released by Laporta's board, Rosell and his board reformulated it. The reformulation made negative adjustments of more than 90 million, causing losses of 79.6 million, which resulted in 48.7 million of accumulated losses from the previous board's seven fiscal years (2003-2010). In the largest assembly in the history of Futbol Club Barcelona to date, the 1,202 delegate members of FCB (representatives of all its members), were faced with the decision of whether or not to approve the reformulation presented by Rosell and, in accordance with sports law, file a lawsuit against Laporta and his board of directors to claim compensation for the accumulated losses. The case describes a situation in which, in the words of Sandro Rosell, FCB members must "make the most important decision in the history of the club. [] There have been accumulated losses of 48.7 million; part of the club's assets have been sold in an attempt to balance the books; there has been an ingrained culture of wastefulness and terrible property investments [] But it is not fair that the president with the most sporting successes in the history of the club has to stand before the law and be sued by Barça itself. It is not fair because the aforementioned board of directors made the three best decisions in the history of the club: to get rid of the Boixos Nois, to partner with UNICEF, and to sign Guardiola; and because Barça, despite losing a lot of money, has achieved its greatest growth and highest revenue ever."