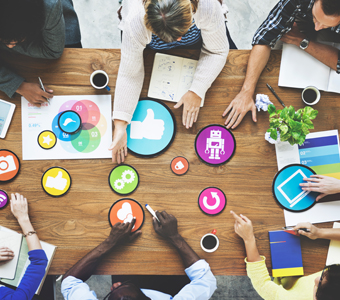 Iberostar: Wave of Change: A Family Business Face to Face With a Global Problem

During the World Travel Market (WTM), held on November 5 and 6 in London, the Wave of Change movement, promoted by Iberostar Group, received the highest award at the International Travel & Tourism Awards in the category, "Outstanding contribution to the travel & tourism industry" It also garnered the prestigious WTM World Responsible Tourism Award, for which it won the prize for "Best for reducing plastic waste" However, the company had not proposed its candidacy nor suggested its name. The history of WOC, which reflects business vision addressing the need to implement a model of responsible tourism and management, began to take shape during several sabbatical months taken by one of its vice presidents, Gloria Fluxà, in early 2017. For six months, she backpacked around the world alone, from New Zealand to Cambodia, traveling through Thailand, Vietnam and Hong Kong. This crucial time of solitude, reflection and observation led her to launch this movement, along with her father Miguel, president and founder of the company, and her sister Sabina, vice president and CEO of the group. The movement also drew the support of the company's senior executives and employees. WOC was created to meet the Sustainable Development Goals (SDGs) for 2030, proposed by the United Nations. Specifically, these were Number 12 (Responsible Consumption and Production) and Number 14 (Life Below Water). The company also focused on caring for the oceans, initially establishing three pillars of action: the elimination of single-use plastics in its hotels; fostering responsible fish consumption; and improving coastal health. The company wanted the initiative to begin as a movement, and not as a program or project: it sought to advance an authentic model that would involve the company, clients and stakeholders and society as a whole.

What is the philosophy or competitive advantage of Iberostar Group? What are the factors that have made this transformation possible? Is this a highly sustainable time?