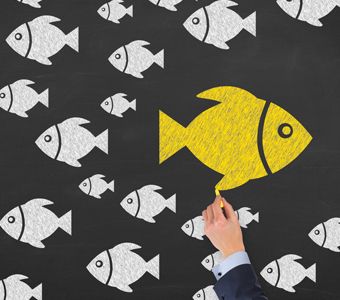 When Judith Rodin became president of The Rockefeller Foundation in 2005, she identified a pressing need to re-organize the foundation to meet the challenges in an increasingly complex world. Rodin also recognized that for philanthropy to make meaningful progress in solving the world?s biggest problems, it could not act alone. Innovation at Rockefeller: Innovation at Rockefeller dates back to its earliest years, when the foundation funded innovators, catalyzed movements (ex. public health and the Green Revolution) and leveraged strategic partners. One of Rodin?s first steps to regain the spirit of innovation was to hire experts who came from fields beyond philanthropy, global development, and academia. In 2006, she widened its recruitment net and increased staff diversity. She also disbanded all program areas to inspire innovative thinking. The Rockefeller Foundation also focused on new financial mechanisms to leverage global capital markets in creating social impact. In 2007, it convened experts to discuss how private capital could create social good and coined the term ?impact investing.? Shortly after, the Foundation committed $38 million to help build an impact investing industry. Social Impact Bonds: Among the financing mechanisms that emerged under impact investing were social impact bonds (SIBs). SIBs are a contract between an ?outcome funder??a government agency, an international donor or a corporation?and investors, who supply the initial capital to organizations providing social services. The outcome funder pays the investors back depending on how these services achieve the intervention?s outcomes. SIBs are often called pay-for-success. SIB Institutional Support: The Rockefeller Foundation was a key supporter of SIBs, deploying $10 million over three years. For the foundation, it was important to intervene while SIBs were beginning to attract interest and to prevent bad deals from stifling growth. The foundation used its funding for SIBs to create and disseminate information about SIBs, fund intermediaries, and provide anchor investments in SIBs to attract other investors. For the foundation, three aspects of the new funding mechanism were of interest: making governments more evidence-based, helping nonprofits get the money the need, and putting for-profit investment towards social good.