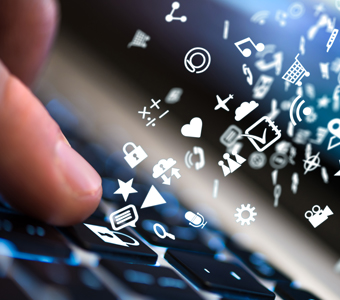 In early 2019, Spotify announced an operating profit of $94 million for the fourth quarter of 2018. The world's largest streaming company was approaching profitability for the first time, after a decade of massive losses. Previously a staggering increase in revenue, which exceeded $5 billion at the end of 2018, had failed to get it out of the red. By the late 2010s, streaming had become the way to consume music, fueling the first global sustained growth of the music industry since the 1990s. Spotify had nearly 100 million subscribers and 200 million users overall. But the company was not immune to threats. The case jumps back to the 1990s to talk in detail about how digital formats disrupted the music industry. Several innovations changed the way people could acquire and listen to music, which caught the music industry off guard. Revenues cratered, and it was not until the success of digital music downloads-spearheaded by Apple and its iTunes store in the first decade of the 21st century-and in particular streaming in the 2010s that the industry seemed to finally get on a path to recovery. The case then describes Spotify's features and its two business models-free and premium-and its underlying financials. Royalties were the biggest component of Spotify's costs and depended largely on deals with the major music labels controlling the industry deals that Spotify was able to renegotiate in 2018. The case then sets out the threats facing Spotify, particularly the threat from large digital companies such as Apple, Amazon, and Google, which were making inroads in the streaming market. Apple in particular claimed to have dethroned Spotify as the top music service in the United States. It was in this landscape that Spotify announced the acquisition of several podcast publishers and creators, starting what it regarded as an audio gamble, and expanding its catalog to include content unrelated to music. Podcasting was still a very small market but it was growing in popularity. Observers might ask whether Spotify could work its magic twice, growing podcasting as it had done with music. The case concludes by asking whether this gamble can make Spotify more competitive against its growing rivals or whether there are other strategies the company can adopt.

This case was written for courses in strategic management- - in particular, those dealing with competitive strategy and network markets. Spotify's success and challenges, within the framework of a music industry that has seen significant disruption in the past two decades, are well suited to a discussion of the following key subjects: - Analyze how the introduction of new business models affects the structure of an industry. - Analyze the power of the different players in a value chain and the relationships that are established between them. - Analyze how value is created and captured in a changing ecosystem. The case can also be used in an entrepreneurship course on start-up companies, highlighting the challenges start-up companies face as they try to compete in the digital age. The case discusses elements such as market disruption, formulation and reformulation of the service offered, and obtaining funding.